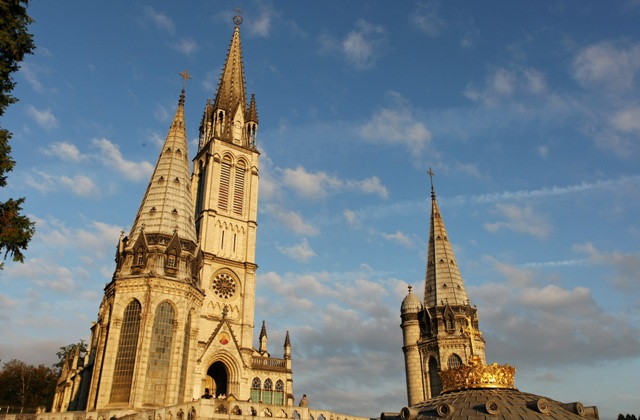 Also named the Upper Basilica, this basilica is 51 metres long, 21 metres wide and 19 metres high.
It has a nave divided into nine equal-sized bays.
Built in 13th century ogival style, it was blessed on 15 August 1871 and consecrated in July 1876. In 1908 two pinnacles were placed on either side of it, connecting it to the Rosary.
The stained glass windows in the basilica of the Immaculate Conception tell the story of the Virgin Mary up until the proclamation of the dogma of the Immaculate Conception by Pope Pius IX in 1854 and the Apparitions of Lourdes in 1858.
The very same Pius IX is depicted on a medallion above the entrance to the Crypt.