You can enjoy meals prepared by the chef at the Pic du Midi restaurant, tasting local gastronomy while admiring the splendid view. 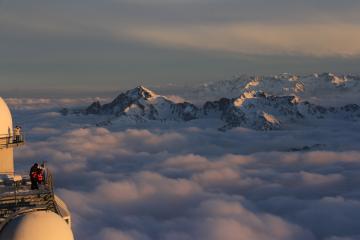 Take full advantage of the ride up to the highest point at 2,877 metres and the amazing view, since the mountain weather is often better early in the day. 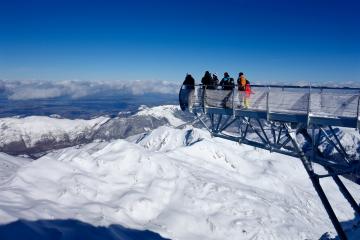 The seasons work their magic on the landscape and constantly refresh the view. The winter ascent to the peak is a symbiosis of whiteness and muffled silence. Simply breathtaking! 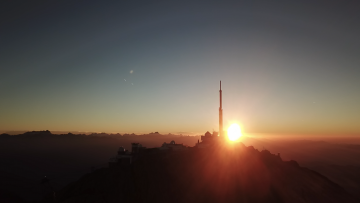 The Pic du Midi organises year-round Starry Nights and Nights at the Summit. The programme of events is always original and never the same twice. The human adventure at the Pic du Midi is also experienced at night!

How do I get there?